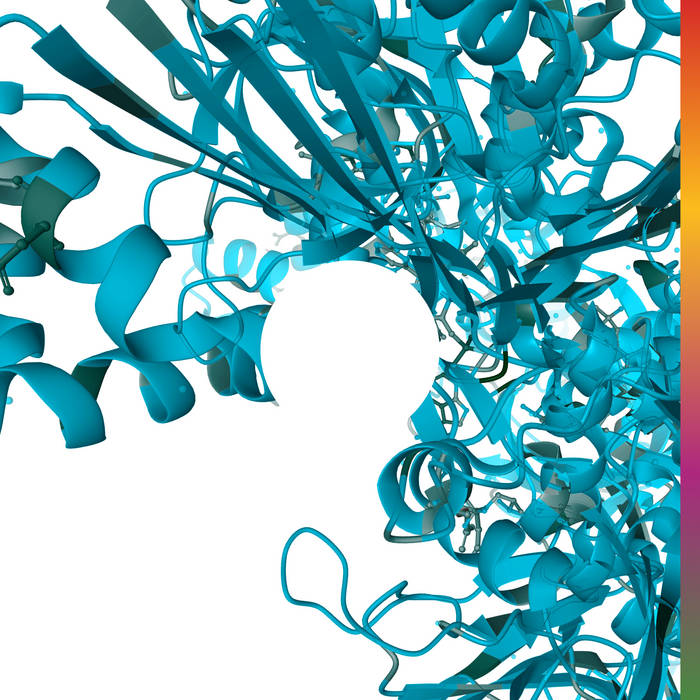 The Bristolian producer David Edwards, aka Minotaur Shock, returns to Bytes with Qi, a six-track suite of inventive electronic compositions produced on a single bit of kit.

“All of the tracks on Qi were recorded live from an Electron Digitone in one take, or two, if I really cocked it up,” David explains. “I set myself a rule of no overdubs or computer tweaks. This approach was really rewarding, and was the most fun I’ve had recording for ages.”

You can hear this sense of freedom in the music. Qi exudes a playfulness and joy born from the liberation of working on the Digitone. There are echoes of David’s Nineties heroes in the freewheeling grooves, from early Plaid and the Black Dog to AFX, but with a dry crispness to the production that gives the tracks a futuristic sheen - think Mark Fell or Oversteps-era Autechre. These are accomplished case studies in beat-based electronic music, with sharp angles, surprising gear changes and melodies that sparkle like quartz crystals.

The album is available digitally from Bytes. There is also a limited edition 12" (200 only) in the Bytes house bag that is exclusive to Bleep. Every record comes with a 25cm x 25cm risograph print of the artwork.

Bandcamp Daily  your guide to the world of Bandcamp

Featured sounds from Fly Lo and Ahmed Idris, plus Mother Nature hops on to drop off new project